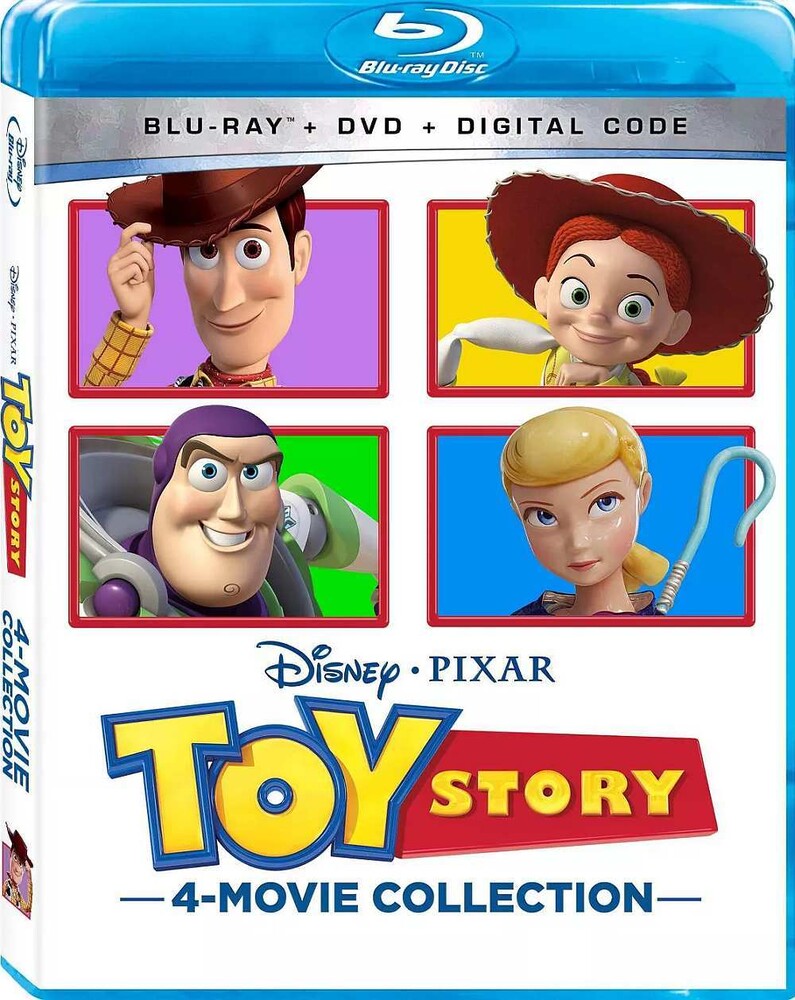 Ten-disc set includes: Toy Story (1995)The first feature-length computer-animated film, this Oscar-winning treat for all ages takes place in a child's room where, when no one is around, the toys come to life, and where a pull-string cowboy named Woody (voiced by Tom Hanks) fears losing his "favorite plaything" status to new arrival Buzz Lightyear (Tim Allen), a high-tech spaceman figure who thinks he's real. Other voices include Jim Varney, Annie Potts, and Don Rickles; songs by Randy Newman. 81 min. C/Rtg: G Toy Story 2 (1999)When Woody is mistakenly left in a yard sale and taken by a fanatical toy collector, it's up to Buzz, Slinky Dog, Mr. Potato Head, and the gang to stage a rescue. But once Woody is reunited with his long-forgotten pals from the '50s TV puppet show he starred in, will he want to be rescued? Funny, exciting, and even touching, this wonderful sequel to the computer-animated hit features voices by Tim Allen, Tom Hanks, John Ratzenberger, Don Rickles, Jim Varney, Joan Cusack, and Kelsey Grammer. 92 min. C/Rtg: G Toy Story 3 (2010)The toys are back in town for a third go 'round in Pixar's popular animated franchise, as Woody accompanies Andy to college while Buzz, Jessie, and the rest of Andy's playthings are accidentally sent to a day-care center. The joy of meeting fellow toys like Ken, Big Baby, and Lots-O'-Huggin' Bear quickly turns to fear when they learn that their new pals have some unfriendly plans for them! With the voices of Tom Hanks, Tim Allen, John Ratzenberger, Joan Cusack, Wallace Shawn, Michael Keaton, and Jodi Benson. 103 min. C/Rtg: G Toy Story 4 (2019)Dropped in the pecking order of Bonnie's toys, Woody looks for new purpose in mentoring her current favorite-Forky, an arts & crafts project she made from a spork. During a family RV road trip, the existentially confused Forky runs off... sending Woody on an adventurous chase that brings him to a reunion with the thought-lost Bo Peep, and tough choices for his future. Best Animated Feature-winner from Pixar features the voices of Tom Hanks, Tim Allen, Annie Potts, Tony Hale, Keanu Reeves. 100 min. C/Rtg: G