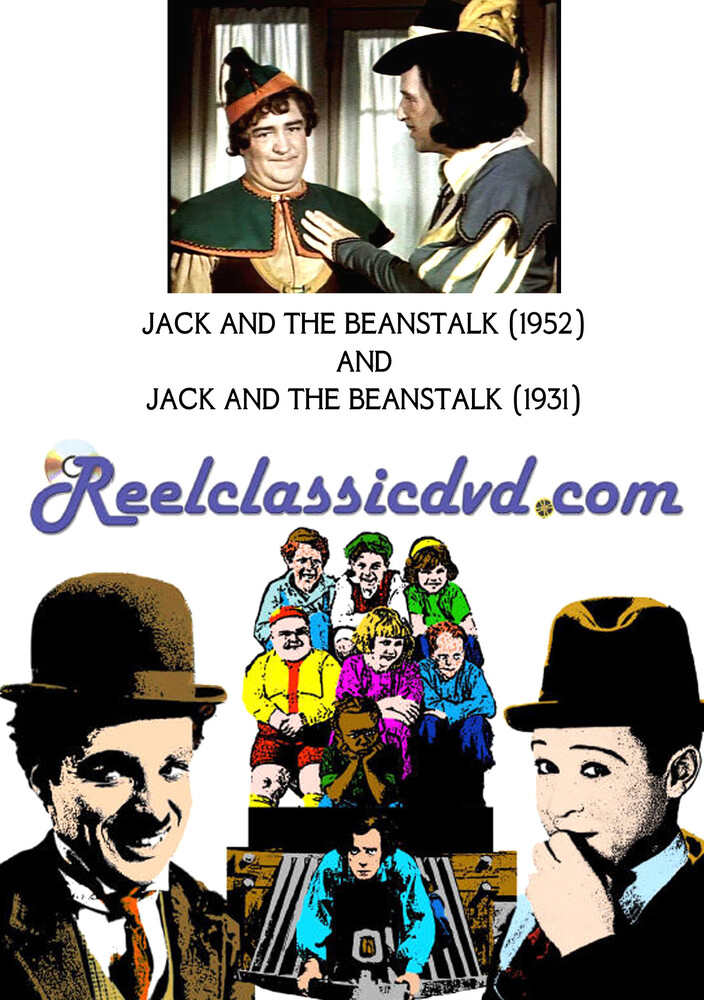 JACK AND THE BEANSTALK (1952) and JACK AND THE BEANSTALK (1931) JACK AND THE BEANSTALK (1952) starring Bud Abbott, Lou Costello, Buddy Baer and Dorothy Ford. Directed by Jean Yarbrough. In one of their only color film appearances, Bud and Lou star in this wonderful adaptation of the beloved fairy tale. Lou, of course, is Jack - the dimwitted young fellow who trades his family's cow for a handful of "magic" beans. While Bud, naturally, is the sly, cheap butcher who plans to get the cow. When the beans really do turn out to be magic, Bud and Lou climb the beanstalk to defeat the giant who has been terrorizing the village for years! Full of great comedy and music, this is a delightful film. The quality is top notch and the SuperCineColor process is lovely! JACK AND THE BEANSTALK (1931) When Bimbo's cow gets bopped on the head by a huge stogie dropped by the giant in his cloudy domain, he decides to plant his magic beans, climb the beanstalk and give the giant a piece of his mind. When he arrives, he discovers he must also save lovely Betty, who is being held prisoner! A crazy surreal romp from the Fleischer studios! Lots of fun!
back to top