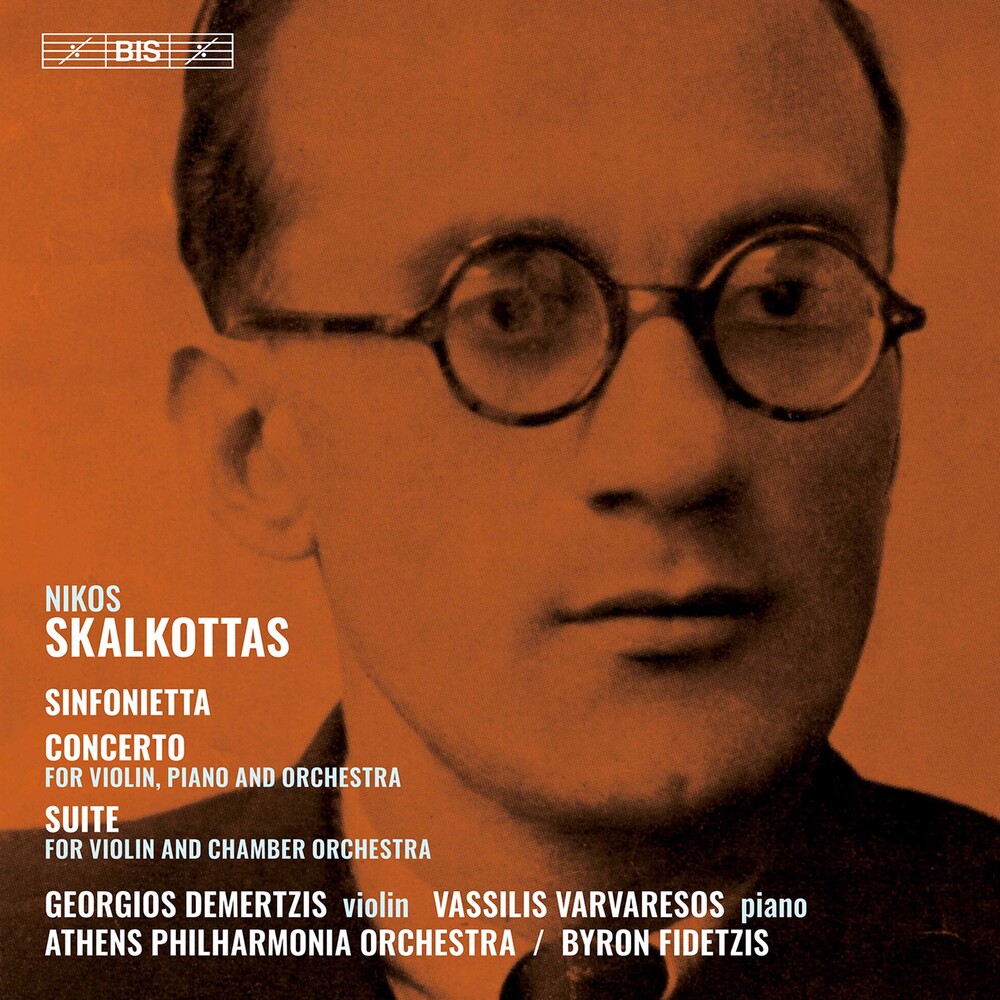 This programme of previously unrecorded works illustrates a highly distinctive aspect of Nikos Skalkottas as a composer: The 'neoclassical' Skalkottas goes hand in hand with the 'national' and the 'modernist' composer, the common denominators being perfect architecture of form, harmonic refinement and skillful orchestration. The opening Sinfonietta in B flat major is a typical example of the composer's 'neoclassical' side. In four movements and with a duration of 25 minutes, it was written in 1948, during Skalkottas's final years. It is followed by the Suite for Violin and Chamber Orchestra and the Concerto for Violin, Piano and Orchestra, examples of the composer's atonal idiom. Both works were among the many that disappeared after the composer left Berlin in 1933. The remaining pieces demonstrate Skalkottas's involvement with the project of exploring the traditional music of Greece. The Cretan folk song Digenés in his Last Agony was transcribed and harmonized by Skalkottas - for this release a recording from 1930 of the voice of Eleftherios Venizelos, the Greek Prime Minister at the time, has been superimposed over the newly recorded orchestral accompaniment. The two marches are original compositions, but follow Greek models, while the Nine Greek Dances are Skalkottas's orchestrations of published folk songs. Simple and functional, they are in no way reminiscent of his great work, the 36 Greek Dances for large orchestra, but still reveal the composer's refined aesthetic approach. In a labor of love, the music is performed by conductor Byron Fidetzis and violinist Georgios Demertzis, who have both made important contributions to the Skalkottas discography, as well as pianist Vassilis Varvaresos and the Athens Philharmonia Orchestra, making their first appearance on BIS.