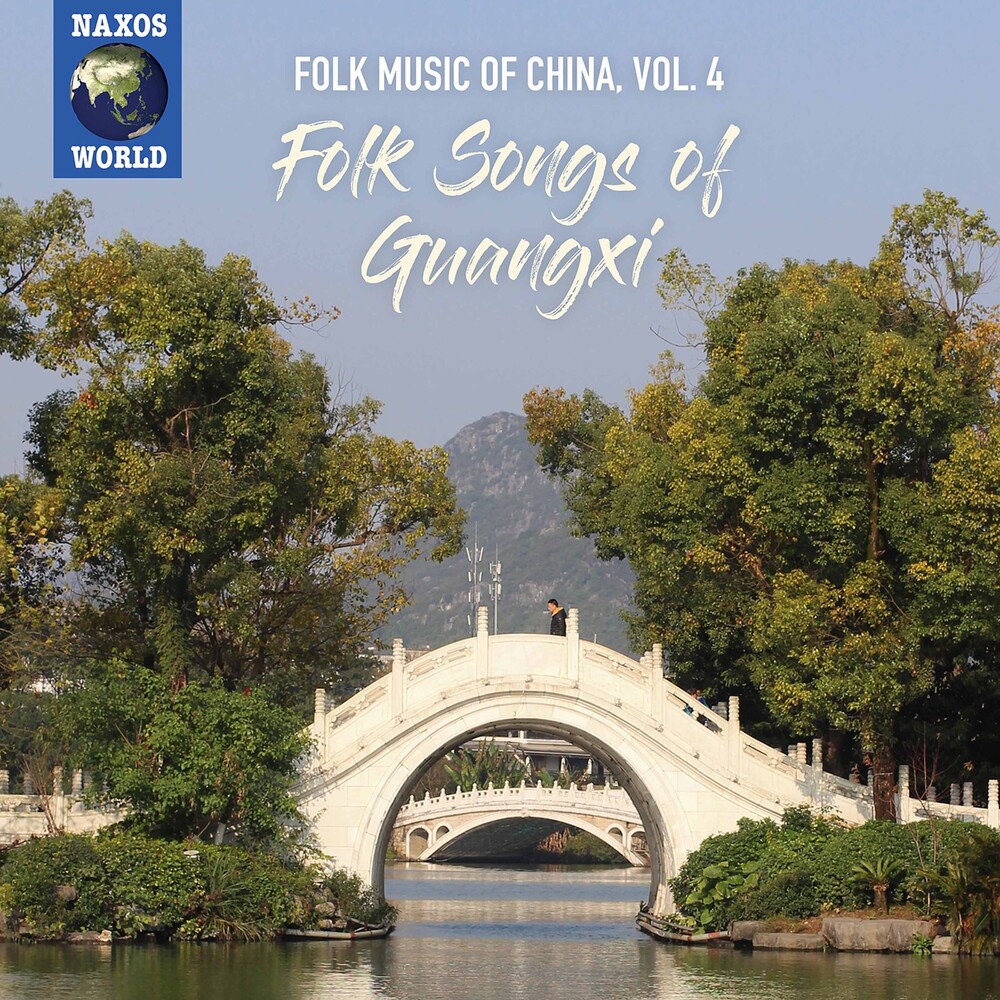 This series explores China's rich and diverse musical heritage. The songs featured in this recording are folk songs of four of the minority ethnic groups of Guangxi province - Zhuang, Bouyei, Mulao, Maonan. As with Chinese traditional visual arts, the song titles explain their mood and origin. It is noteworthy that the music of the Dong-Tai language speakers presents a common feature of incorporating polyphonic or heterophonic songs. Although this feature is present in the music of more than 20 minorities in China, it is rare that the speakers of a whole language family all incorporate multi-voice songs in their music. The performance forms of these multi-voice songs include nearly all the types found in folk music. The number of harmonic intervals is limited because the songs usually employ only one octave. Aside from pentatonic scales, the folk music of the Dong-Tai language speakers also incorporates the scales of three or four notes.