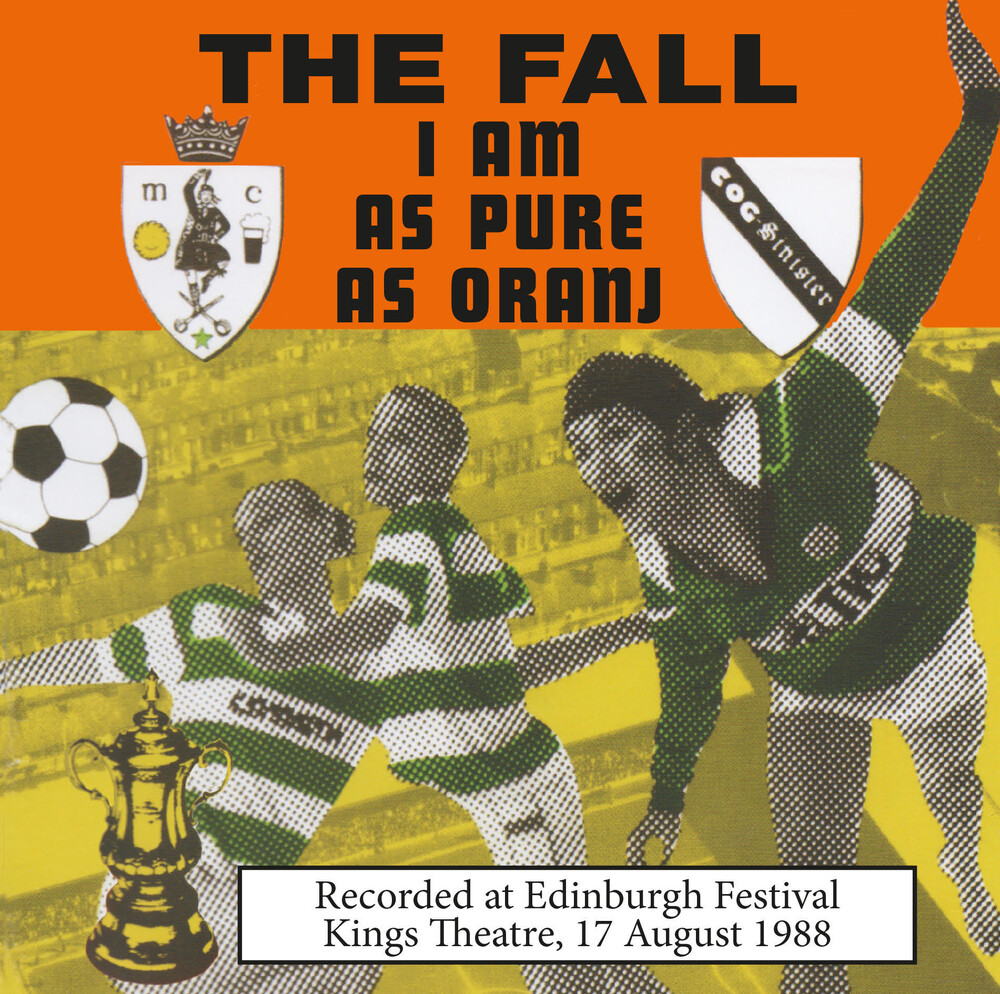 I Am As Pure As Oranj
Artist: The Fall
Format: CD
New: Not in stock
Wish

I Am Kurious Oranj is the eleventh studio album by English post-punk band The Fall. It was released on 10 October 1988 through record label Beggars Banquet. The album's release came at the end of a relatively successful year for the group, which had also seen the release of an "accessible" album, The Frenz Experiment, and a handful of singles in the UK charts. This album is a live version, recorded during an Edinburgh Festival performance of the ballet, and issued in 2000. It is generally considered to be a meatier and more incisive version than it's studio counterpart, and is highly recommended.