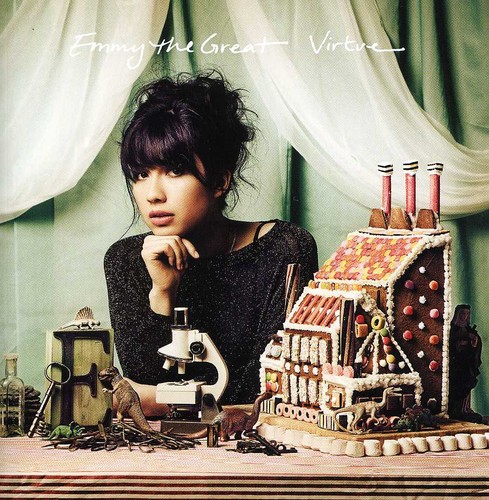 Deluxe edition includes four bonus tracks. 2011 sophomore album from the British singer/songwriter. Written and recorded under very different circumstances to her first, Virtue began as a series of stories Emmy embarked on after her engagement to an atheist, but took on a very different shape when he left her for the church. Using symbols borrowed from fairy tales and mythology, Emmy added the icons that have replaced them in our modern consciousness: industrial buildings, mushroom clouds, West London's Trellick Tower. Virtue was made in London and Sussex. This time round, Euan Hinshelwood, her long-term musical collaborator, and Emmy took the reins, rather than develop the songs with their full band in the studio. Euan came up with the guitar palette, strange, ambient, twisted and atmospheric, while Emmy wrote backing vocals for different characters she voiced herself.