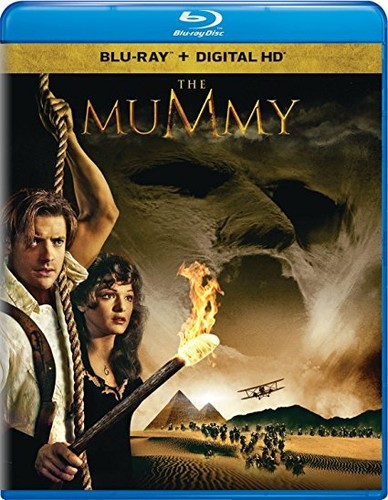 The Mummy
Artist: The Mummy [Movie]
Format: Blu-Ray
New: Not in stock
Wish

The Mummy (1999) - Blu-ray - In the 1920s, a group of archaeologists led by adventurer Rick O'Connell (Brendan Fraser) discovers the mummified body of Imhotep, an Egyptian priest who was cursed for falling in love with the Pharoah's mistress. When they accidentally resurrect him, the battle for survival begins, as the mummy begins to use his powers to reclaim his long-lost love. Director Stephen Sommers updates this classic Universal monster for the 1990s, using a dazzling array of computer-generated special effects. Fun performances from Fraser and Weisz add to the tongue-in-cheek Saturday matinee appeal.